Most historians trace the origins of the martial arts back to the Shaolin Temple. Bodhidharma traveled from India to China to spread Buddhism. He developed a physical martial arts practice from watching animals in combat. He taught these techniques to the monks there to strengthen their spiritual practice, and this became what is now called Kung Fu.

Matsumura ~ Sokon “Bushi” Matsumura (1798 – 1890) had mastered this Chinese martial art of Kung Fu and when he began his role as the protector of the Shuri Castle in Okinawa. The art was based on soft and flowing motions observed from watching animals in nature. It had many circling and pecking motions striking at pressure points. But Matsumura revised his martial art to reflect what he learned from actual combat defending Shuri Castle. He kept the emphasis on hitting pressure points but created the hard linear fighting art we now know as Karate, based on actual unarmed combat against multiple opponents.

Sokon “Bushi” Matsumura was the commander of the Shuri Castle defenses for many years, from the mid 1820’s until 1879, and could be considered the prime master who developed linear Karate-Do. Against multiple opponents one does not have the time to circle and peck at the opponent as in Kung Fu. One must use a single deadly blow so you can move on to the next opponent.

E = MC Squared – An equation in German-born physicist Albert Einstein’s theory of special relativity that showed that the increased relativistic mass (m) of a body comes from the energy of motion of the body—that is, its kinetic energy (E)—divided by the speed of light squared (c2).

Pre-Einstein, Matsumura applied the principle of “E = MC2” (Energy equals Mass times Speed squared) into his fighting art, the premise being that increasing the speed of the technique by 2 times provides 4 times the Energy or Effect. Increase speed by 3 times and have 9 times the effect. Matsumura incorporated fast and hard linear techniques into his fighting art from the necessity of fighting multiple opponents empty handed. 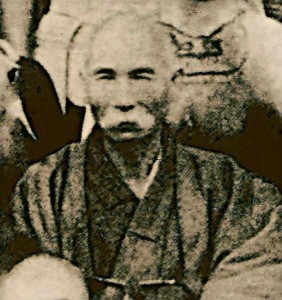 The Island of Okinawa was controlled both by Japan and China, neither of whom allowed the residents of Okinawa to own weapons. Various countries, including the US, attempted to take over and control this strategically located island. The crews of various ships wished to trade with the residents, who mostly just wanted to be left alone. Those who wanted to control the island sought to capture the Emperor of Okinawa. Besides Matsumura, the two main guards of the Emperor, trained by Matsumura, were Itosu and Azato, who were gifted martial artists even before becoming the Emperor’s guards. They often had to fend off multiple attackers at once, so their fighting style also developed from practical unarmed combat over many years. This is also the reason R Bushman Tae Kwon Do is one of the few martial arts that still teaches multiple opponent sparring at the higher ranks.

Matsumura was the inventor, and Itosu was the teacher. Yasutsune Itosu developed what he learned from Matsumura and gave it structure. Itosu created the five PyungAhn forms. 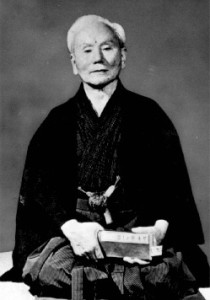 Funakoshi ~ a student of Azato and Itosu, Gichin Funakoshi organized these martial arts techniques and practice patterns (kata, hyung or forms) into Shotokan Karate-Do, and is known as the father of modern Karate.