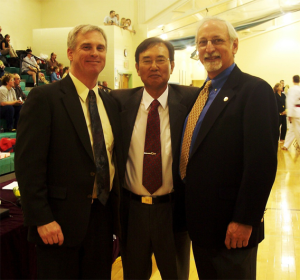 I promise to continue the SONG MOO KWAN martial arts legacy of Grand Master I K Kim, planting seeds so that all generations to come will benefit ~ Roy Bushman
A society grows great when old men plant trees whose shade they know they shall never sit in

R Bushman Tae Kwon Do, Inc. is a martial arts school open to students of all denominations ages 5 and up. We teach traditional Tae Kwon Do emphasizing Self-discipline, Respect, Courtesy, Confidence with Humility, Patience and Compassion. We also teach Hapkido techniques emphasizing safe control of your opponent through pressure point work, joint locks and safe take downs. We currently offer private instruction and at your office, community center or home, customized to your needs based on years of experience since 1972.

We specialize in helping children with attention and concentration issues, as well as for those over 50 who need a smart workout without fear of being injured. Personal Self defense and Ladies self defense are also offered. Please feel free to call Grand Master Bushman at (513) 884-1489 for more information.

A Symbol of our Vision and Heritage

The pine tree has been recurring image in our lineage. The Kanji symbol for “Matsu” as in Matsumura noted above, means pine tree, representing being consistently evergreen and growing straight toward the sun. 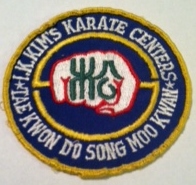 Matsumura taught Azato and Itosu, who taught Funakoshi, who founded the Shoto Kan. Gichin Funakoshi wrote poetry under the pen name “Shoto” using the kanji characters that mean “pine waves”. The Kanji characters for “Matsu” and “Sho” are the same, so every time we say Shoto Kan we also refer to Matsumura.

Grand Master Bushman owns some land in Tennessee that includes a tree farm with many white pines. When the pines trees are rooted close together they grow straight and strong toward the sun, just as Tae Kwon Do teachers and students should be unified together in their quest to attain a deeper spiritual connection to a higher power. A pine tree is the background for the R Bushman Tae Kwon Do logo. 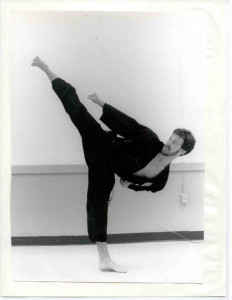 Mr. Bushman is the only Sun Do instructor in the Ohio, Kentucky, Indiana tri-state region to be certified by the World Kouk Sun Do Society, now the International Sun Do Association. 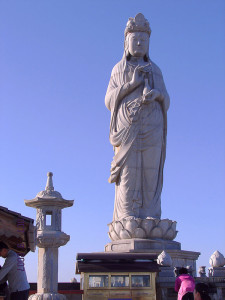 Gwanseum Bosal is the Bodhisattva of Compassion. The meaning of her name is “Hearer of Cries,” and she is often pictured with her head slightly inclined as if listening to the pleas of the suffering. She is frequently pictured with a vase and a willow spray. The vase contains amrita, the nectar of her compassion, or the waters of life. The willow branches represent her ability and willingness to have medicinal value, also symbolizes her role as a healer. This picture Grand Master Bushman took in 2003 while in Korea. R Bushman Tae Kwon Do is a Christian based martial arts school, but this Buddhist symbol of compassion reflects the heritage and legacy of Grand Master Bushman’s instructors that he teaches in his own unique way. 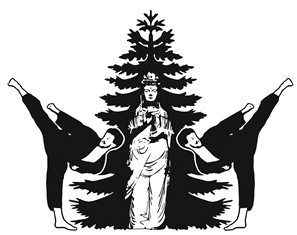 Therefore , the vision for R Bushman Tae Kwon Do, Inc. uses the Pine Tree as the background, Gwanseum Bosal as the center piece, surrounded on both sides by Grand Master Bushman protecting this spirit of compassion, and demonstrating his commitment to continuing the legacy of this historic martial art.